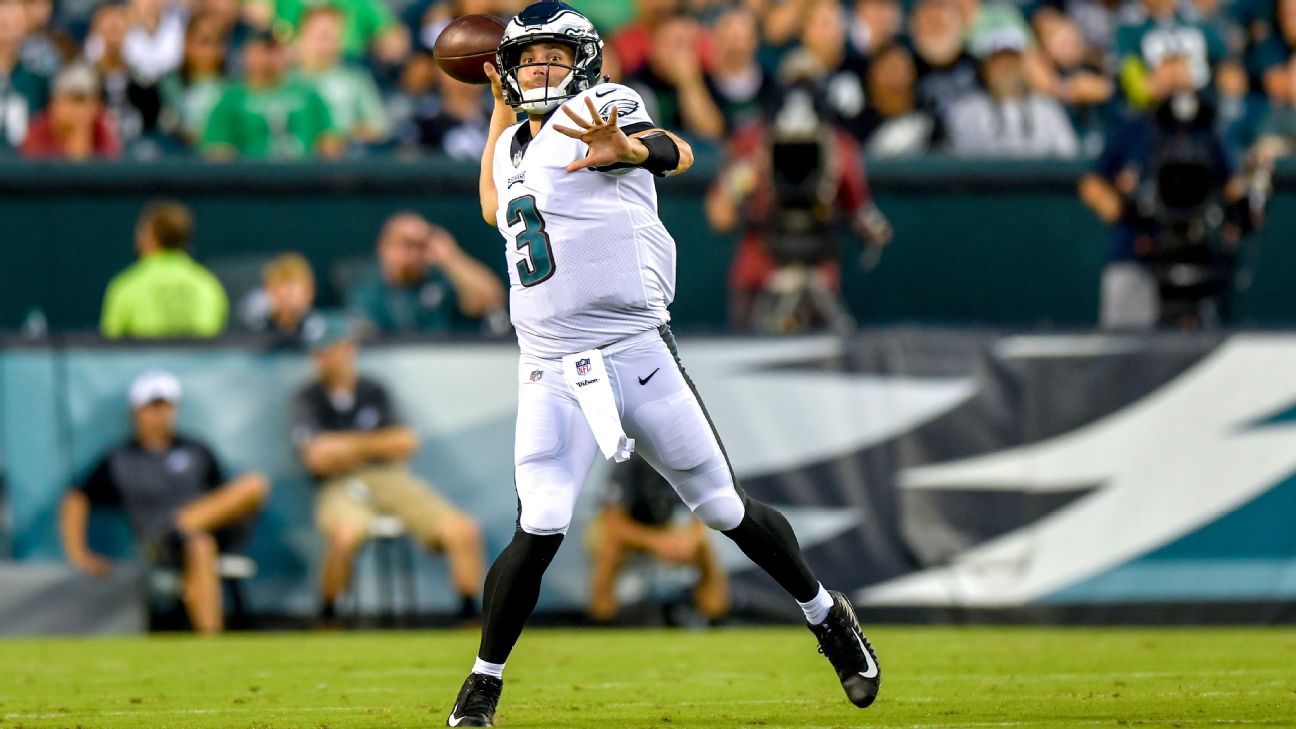 Callahan, 26, is on his sixth team in three years, playing one game for the Green Bay Packers in 2017. He reunites with Ravens offensive coordinator Greg Roman, who coached Callahan at Holy Spirit High School in Absecon, New Jersey.

The Ravens have been down to two quarterbacks in Lamar Jackson and Trace McSorley after Griffin injured his right hand after hitting the helmet of outside linebacker Tim Williams‘ helmet during Saturday’s practice.

A source told ESPN’s Adam Schefter on Saturday that Griffin suffered a hairline fracture in his right thumb and is expected to be out four to eight weeks.

The Ravens are optimistic that Griffin will return when they open the regular season on Sept. 8 at Miami.