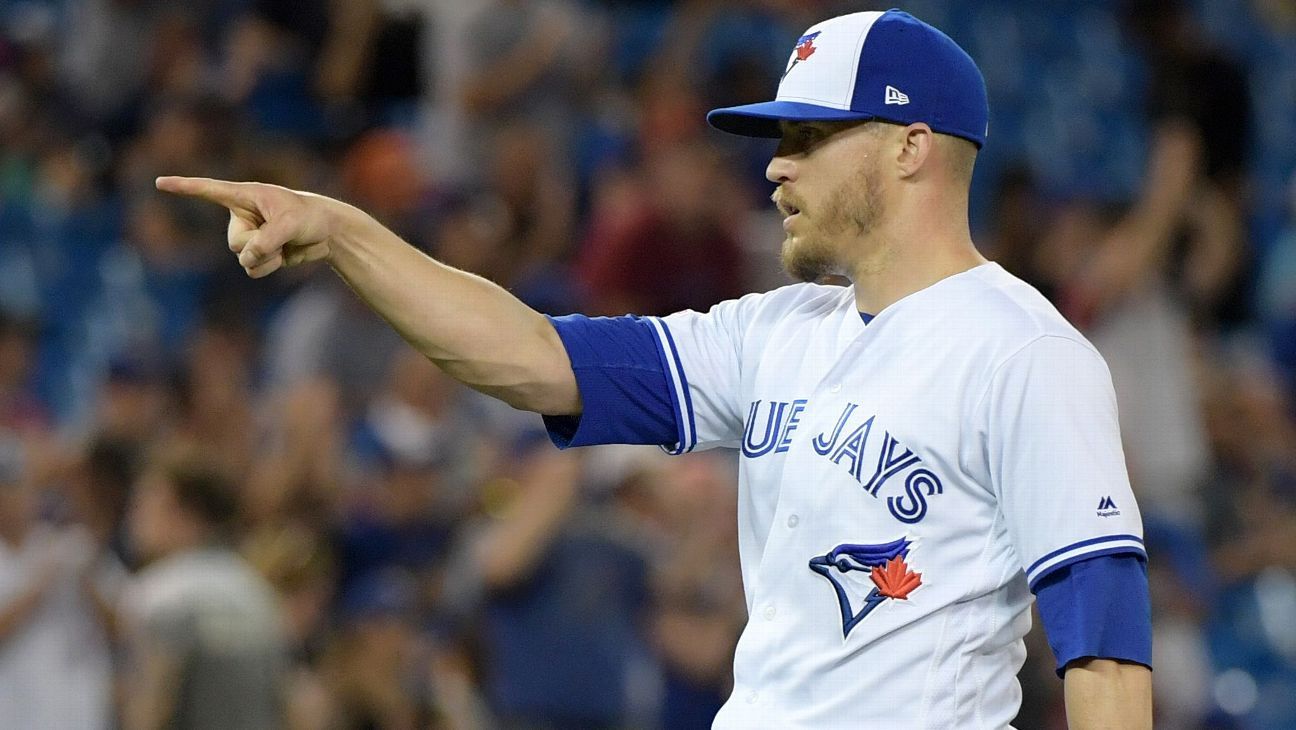 KANSAS CITY, Mo. — Blue Jays closer Ken Giles, who has been the subject of trade speculation, got a cortisone shot in his right elbow Tuesday to treat what the club called mild inflammation.

Toronto head athletic trainer Nikki Huffman said an MRI showed no structural problems, and that the shot would provide Giles with “a long-lasting effect.” Huffman also said Giles has been cleared to throw in two days, though it’s unclear when he will make it back to the mound.

The club said the inflammation was unrelated to the elbow injury Giles sustained when he fell during a game a couple of months ago. Giles also missed time in June with inflammation.

The prognosis likely scuttles any potential trades before Wednesday’s deadline. Several contenders looking for bullpen help had been interested in Giles, who is 2-2 with a 1.54 ERA and 14 saves.