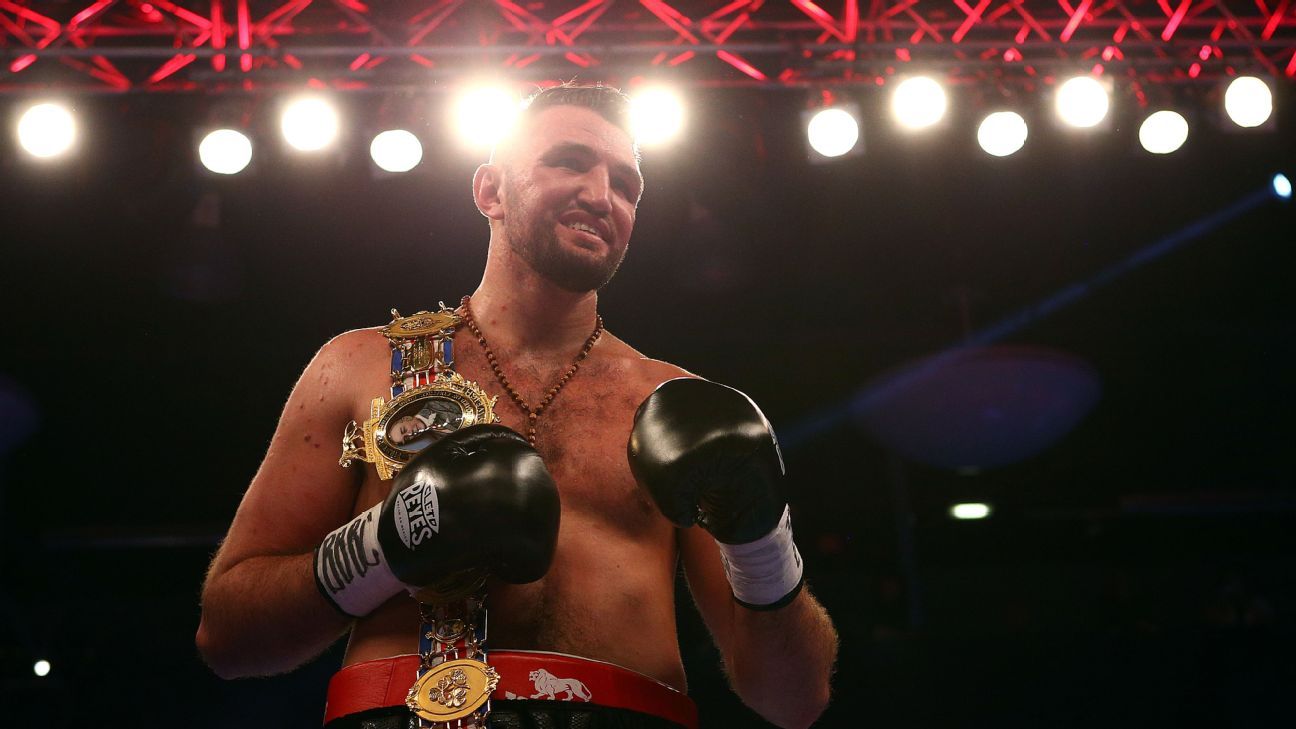 The bout will take place on the undercard when pound-for-pound king and unified lightweight world champion Vasiliy Lomachenko defends his belts and goes for a vacant title against England’s Luke Campbell. The card will stream live in the Untied States on ESPN+ (5 p.m. ET) and air on Sky Box Office pay-per-view in the United Kingdom.

“I can’t quite believe this fight has been made,” Hearn said. “It’s happened very quickly and it has to be said Hughie Fury has a big set of balls. There’s huge risk in the fight, but there is also huge reward and if Hughie can beat Povetkin, he catapults himself into huge fights and immediate world title contention.”

“I can’t wait. These are the kind of fights I want to be in,” Fury said. “Matchroom can get me these big names and I’m just really looking forward to it. Povetkin is a dangerous man. You can’t take anything away from that. He’s not been where he’s been for nothing. It’s a very serious fight, but I’m confident of getting the win on the night.

“This fight here represents a massive opportunity. As soon as it was suggested, I said yes. Povetkin is a completely different level to my last fight and I believe his style will complement mine.”

Fury (23-2, 13 KOs), 24, of England, has won two fights in a row since a decision loss to Kubrat Pulev in a world title eliminator in October. Fury’s only other loss came by majority decision challenging then-world titlist Joseph Parker in 2017.

“Hughie Fury is a young, strong and challenging boxer for me to face,” said Povetkin, whose only other defeat came by decision challenging then-unified world champion Wladimir Klitschko in 2013. “I am glad this fight will take place in the United Kingdom where people really love their boxing. I am anticipating an exciting fight and I look forward to returning to London next month.”